Democracy and Getting Out the Vote 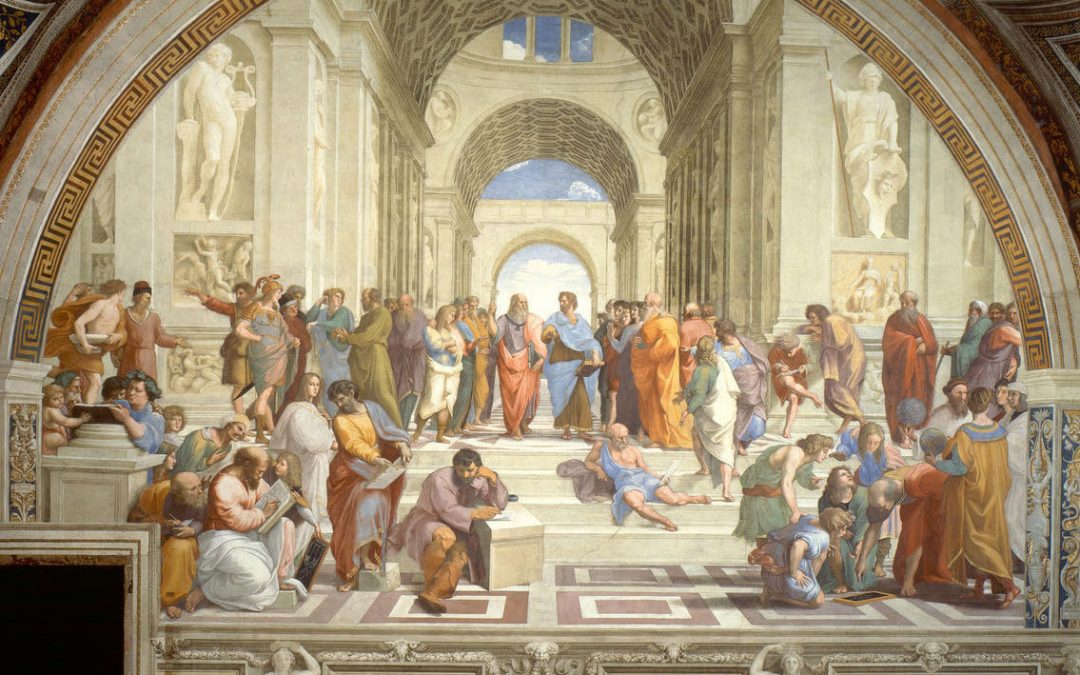 We all love democracy, right? And we all think we know what it means, but when you actually try to define it and say what it really is, things aren’t so simple. The word democracy originates from the Greek δημοκρατία (dēmokratía), meaning “rule of the people”, and by about 2500 years ago in Athens a form of governance by citizens had emerged. This was a revolutionary idea, that power should be shared among many people and not concentrated in the hands of a small ruling elite. Top-down power structures and stratified societies with emperors and slaves first appeared on Earth about 5,000 years ago with the advent of civilization, and after a few thousand years the Athenians were, apparently, the first people to push back against authoritarian rule and say, “maybe it doesn’t have to be this way.”

The Athenian ideal of democracy was a small step in the right direction even though women and slaves, who comprised about 75% of the population, were not considered “citizens”. But Plato warned that pure democracy, in which every eligible citizen participated in every decision, would become unworkable as groups got bigger. Also he had concerns about a majority acting selfishly or corruptly or being manipulated. The Greeks, and later the Romans, realized that to put the ideal of democracy into practice required formal structures that protected against corruption, abuses, and inefficiencies. These structures came to include things like representation, voting, legislative bodies, constitutions, and separation of powers. This form of government without tyranny was called the republic. For the next 1500 years republics of many types flourished throughout the world but still included a monarch with limited powers.

Finally, with the American revolution, monarchy and tyranny were rejected entirely and the founders worked long and hard to create the federal republic we know today with 3 separate branches of government, a constitution, and other safeguards against corruption and excessive power. However they were not trying to create a democracy, which at the time was considered something akin to mob rule. James Madison, in The Federalist Papers, described the ideal republic as a representative democracy. Perhaps the best name for the system of government we have today in countries like the U.S., Canada, Western Europe, and India, would be democratic republic.

We must remember that the founding fathers were trying to create something that had never been done before. Although the renaissance and enlightenment philosophers had intellectualized at length about perfect societies and the ideal republic, there was no working model in Europe. Yet right in their own backyard the Iroquois Federation of six Native American tribes provided the best model for what was to become the democratic republic known as the United States of America.

Today the terms democracy and republic are used rather loosely. For example, North Korea, calls itself the Democratic People’s Republic of Korea, though many consider it to be a slave state. Now the term “republic” is often taken to be synonymous with “government” – of any kind – and for most of us who are not political scientists, “democracy” connotes a free society where people have a meaningful say in their own governance – mainly through fair elections. So, let’s give ourselves permission to call the U.S., France, and India democracies, but not North Korea.

The governance models underlying our current systems of representative democracy were designed when information was carried at the speed of horse and buggy. Recent advances in technology have resulted in a pace of change that far exceeds the pace at which our democratic processes can function – even if they were not paralyzed by extreme polarization. But these same advances in technology have created an explosion of innovative re-imaginings of how democracy could operate. Participedia.net lists more than 300 alternative methods for democracy that have been tried in more than 140 countries and more than 800 organizations.

We should not consider democracy to be a final destination we have reached, but rather an ongoing journey of 2,500 years. It is the journey from slavery and serfdom to the fully empowered human, and we still have a long way to go. The democratic ideal should be the dream of a world where all people – not just white males – can reach their highest potential and contribute their unique gifts for the benefit of others. This dream, this aspiration, is one of the core pillars of the Planet Project. 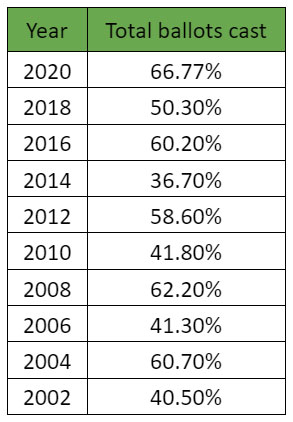 Ballots case by year from Ballotpedia

The Planet Project is not affiliated with any political party or religion, and we are not selling anything. That’s our promise. But we are passionately pro-democracy, and with the U.S. midterm elections happening on November 8, democracy is on many peoples’ minds. Voting is the single most important way we can participate individually in democracy, and the more votes cast, the stronger our democracy becomes.

Unfortunately, voter turnout in the U.S. is not impressive. The 2020 election brought the highest turnout in the history of national elections with 67% of eligible voters casting a ballot. But this means that fully one-third of eligible voters did not vote. In off-year (midterm) elections voter turnout is typically about 20% lower. 2018 was unusually high with a 50% turnout, but still half did not vote. In other midterms a large majority of voters do not cast a ballot. Is it safe to say that, by and large, Americans take democracy for granted?

Let’s strengthen democracy in 2022 by trying to get the highest voter turnout ever for a midterm – could we reach 60%? During the month of October and up until election day we will be focusing on getting out the vote. This means not only voting yourself, but also doing what you can to encourage other people to vote who otherwise would not. There are a number of excellent organizations, mostly youth-powered, with effective and user-friendly opportunities to help get out the vote. Go to Vote Forward to participate in well-organized letter-writing campaigns to increase the participation of historically underrepresented communities in the electorate. To get help registering, getting your ballot, or finding your local polling place go to Vote America.

There’s More To It

We could teach a chimp to cast a vote but he would have no idea what he was doing or what it meant. Chimps are not ready for democracy. But are we? Democracy requires an informed electorate and this becomes all the more important as issues become more complex. Yet our educational system struggles to produce a well-educated electorate, even in the most basic elements of history, government, and critical thinking. Our beleaguered and sometimes heroic teachers have to compete for attention against the seductive world of digital media that now overwhelms all of us. The internet is both a gift and a curse in this regard, and we must do our best to find good information – from multiple sources – and have the ability to recognize unsubstantiated claims, deception, and lies. One of the best sources of nonpartisan information is the League of Women Voters. They produce unbiased summaries of ballot issues listing both pros and cons. Another great resource for nonpartisan information on elections, politics, and policy which can help you make decisions about how you’ll vote is Ballotpedia.

Politicians of all stripes are notorious for making rosy but unrealistic promises on the campaign trail, spending massive sums of money on political advertising to hammer home, over and over, carefully crafted slogans that persuade and manipulate. Brainwashing is a real thing and it’s worse than being a chimp who votes. To become an informed voter takes some real work and a commitment to finding the truth.

Another piece of a healthy democracy, cultivated by the Athenians, is public discourse, as depicted by Raphael in The School of Athens (1511). But today civil discourse, whether in public or in private, is largely extinct. Our two political parties can no longer work together to forge compromises, and polarized political culture has divided families, churches, communities, and friendships. Civil discourse requires a great deal of deep listening and being curious about what the other has to say, and then you get the same courtesy. There are several excellent organizations working to promote civil discourse, including Bridge Alliance and the Civil Conversations Project.

Let’s keep working on democracy by becoming informed, by practicing civil discourse, by voting, and by working to increase voter turnout. For everything you need to know about democracy and getting out the vote, go to our resource page here. Please forward this link widely and help make the 2022 election record-breaking!

Finally, don’t forget about the Planet Project’s curated data bases of Positive Culture and Change Agents, reflecting some of the inspiring work being done all over the world to advance the Planetary Culture. All of our democracy and voting resources can be found by checking the “Democracy” filter.