Welcome to the Planetary Era (Part 1) 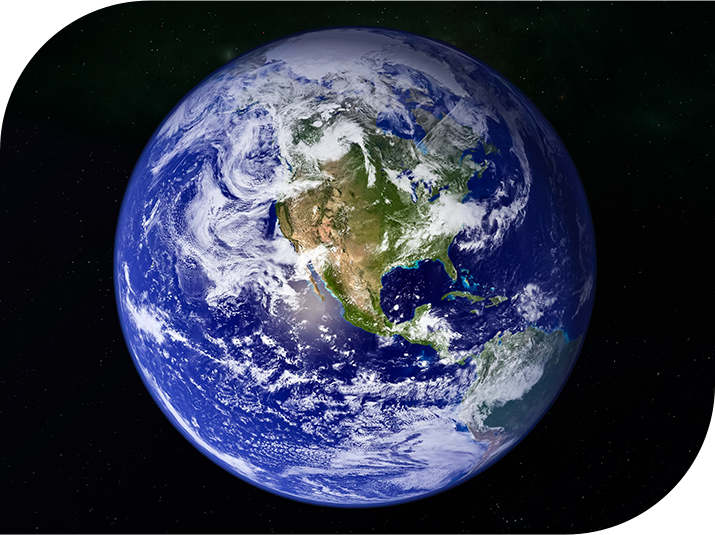 Many astronauts who viewed the Earth from space reported having a transformative, life-changing experience. The most famous is Edgar Mitchell, sixth man to walk on the Moon, who said in a 1974 interview in People Magazine: “You develop an instant global consciousness, a people orientation, an intense dissatisfaction with the state of the world, and a compulsion to do something about it. From out there on the moon, international politics look so petty. You want to grab a politician by the scruff of the neck and drag him a quarter of a million miles out and say, ‘Look at that, you son of a bitch’.”

Do we have to be an astronaut to have such a realization? In fact, many people on Earth are awakening to this “planetary consciousness” that understands humanity as one species on a planet rather than Americans, or Chinese, or Republicans, or Shiites who must fight against each other in a Darwinian struggle for survival. We all learned that Earth is a ball in space, but that is an abstraction without any felt reality. Now many of us are tangibly feeling the interconnectedness and oneness of all people, and all life, and the entire planetary system. And even if we don’t feel this, we are being forced by climate change, and the degradation of the oceans, and the covid-19 pandemic to see that we really are all in this together.

Yet there is so much noise and fury coming from those who want to maintain the old ways, to “Make America Great Again” (or Germany, as Hitler promised, or …), to keep rich white men in power, to hold down women and people of color, and to exploit Earth’s resources for profit. If you are a white supremacist, or a gun fanatic who belongs to a militia, or just a government-hater there is a home for you somewhere on the internet where you can find kindred spirits to reinforce your fears and feed your hate. But where is the place for those of us who want a future where all people can thrive and contribute, in harmony with the living planetary system? And how many of us are there? Five percent of the human population, or ten percent, or more? It’s time for us to find each other and form a global community of planetary humans.

In a thousand years, when humans are flourishing on this planet, what will historians say about the twenty first century? “After thousands of years of waring among themselves and ravaging the planet for short-term gain, people began to realize that this path was leading to their own demise. The species would not survive if this continued. They began to awaken to the Planetary consciousness, and they called upon the Indigenous people whose cultures had been decimated to teach them how to live once again in harmony with Earth and life. Those who recognized this came together in a movement called Planet that called for social justice and environmental stewardship. The movement grew, especially among the young people, until the tipping point was reached and humans veered away from extinction. Thus was born a new era, the Planetary era, that now brings prosperity and agency to all people and a culture of sacred regard for the Planet.”

Are you ready to join the Planet Movement?