What Does the Planet Project Have to Say About the War in Ukraine? 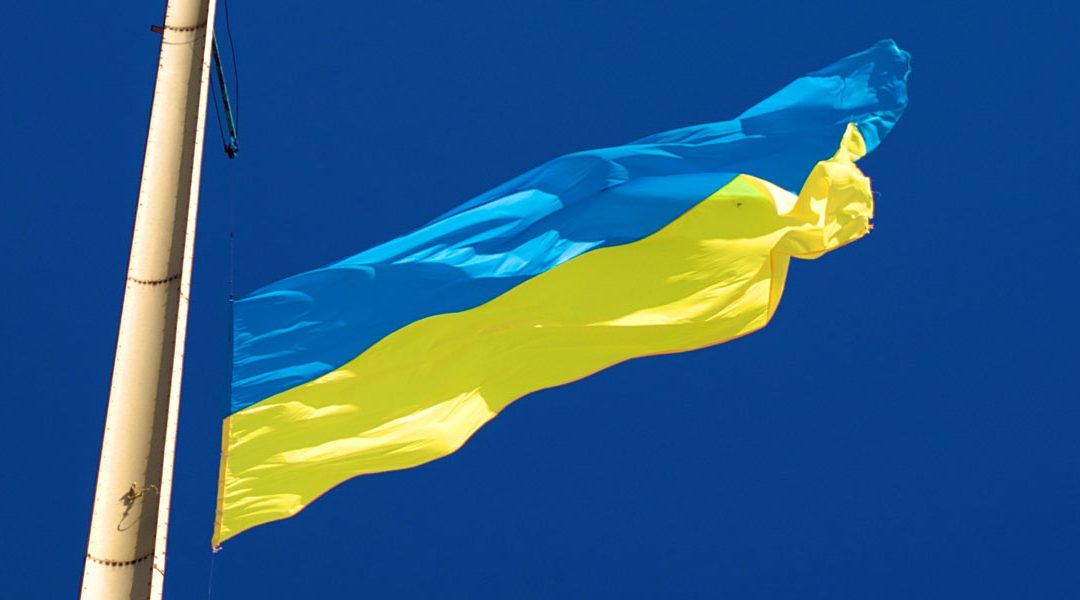 The launch of the Planet Project is occurring while we witness the horror and heartbreak of Russia’s unprovoked aggression in the Ukraine and the courage and resilience of the Ukrainian people. If the Planet Project is to make a difference in the world, it must directly face the realities of our current situation. It must meet the world as it is. As we struggle, individually and collectively, to make sense of this unfolding tragedy, what does the Planet Project have to offer? 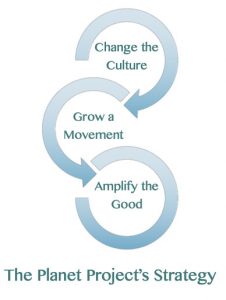 One pillar of our three-legged strategy for change is to Amplify the Good – to highlight the voices of the many individuals and organizations on the forefront of the cultural transformation that is already unfolding. Accordingly, we would like to feature some potent perspectives that stand out from a media blitz that is largely framing this conflict through conventional mindsets. They bring inspiring guidance as we feel our way through our own very personal reaction to the inconceivable abuses being perpetrated. And they also bring insight into how, through the unfolding events in the Ukraine, we can observe the cultural transformation playing out before our very eyes. What follows are brief excerpts. We encourage you to follow the links provided to experience the rich wisdom they offer.

As we all recoil in dread at the stories and  images coming daily from Ukraine, there can be a tendency to just shut down emotionally. The heartbreak can seem too painful to bear. Chi Kung Master Mingtong Gu invites us to look inward to discern the spiritual truth about war in Healing the Patterns of War ,

“When we look at the war from a distance… some of us are called to fight, protect, save, or protest, AND others are called to ask, “What is the deeper cause of war beyond the historic and present-day stories? How can we learn from and go beyond crisis and conflict? What is the spiritual truth about war?

“My realization was that transcendence is not about avoidance and transformation is not about perfection; that we actually move from pain to joy continuously, and in fact there is an on-going co-existence of pain and joy that completes the wholeness of life.”

Kateryna Yasko and Vytautas Bučiūnas are Ukrainians who arrived in Lithuania after a five day exodus from their homeland during the early days of the war. They share an extensive, informative and inspirational insider perspective in: Integral Perspectives on the Ongoing Invasion of Ukraine. Though framed in different terminology, their insights reveal how Putin’s actions leading up to and during this war are manifestations of the very worst of what the Planet Project characterizes as material culture. And they shine a light on how, in Ukraine’s response, we see evidence of a very different mindset emerging – what the Planet Project refers to as planet culture.

“Whatever is done could be done out of fear or out of love. And I think what is happening now in Ukraine, people are fighting out of love.”

“One nation has opened the hearts of the whole world. What kind of conversations should we have now to foster this care and compassion, and move it in a constructive direction?”

This is exactly the kind of conversations that we hope the Planet Project helps foster.

Marianne Williamson sees in this conflict clear evidence of the need for a shift in consciousness in Hello, Humanity: What You’re Doing Now Isn’t Working.

“…there is some deeper problem at the root …Beneath the material horrors there is a spiritual dysfunction, a deadly forgetfulness regarding who we are and why we’re here.”

“A civilization repairs itself much like an individual does. First, we have to come out of our denial that what we’re doing now is working – because it’s not. And once we face that, another kind of thinking sets in, another kind of life force. The wisdom of the world is replaced by the wisdom of the heart. And from that will emerge our collective genius. It’s not like we don’t have other options for how to live on this earth, because we do. We just need to forge them. It will take all our strength, individually and collectively. It will take a willingness to embrace change. It will take courage. And it will take love.”

The Planet Project sees the root causes of the multi-dimensional crises we currently face as systemic in nature. More than the actions of a few bad actors, a political party, or the occasional tyrant, they are systemically rooted in cultural assumptions (i.e., memes) that have demonstrated great longevity and form the basis of our economic, educational, governance and social systems. Michel Bauwens of the Peer-to-Peer Foundation re-examines the major conflicts of the 20th and 21st century through the lens of competition between different systems for managing societies in Is the War in Ukraine a War Between Systems?

Indeed, what (the majority) of humanity has been doing is not working. And transcendence is not about avoidance, nor is transformation about perfection. Are you ready to engage (or already engaged) in a profound shift in culture at global scale as we awaken to the systemic nature of our global crises and, together, re-imagine who we are and how we interact as people and as participants in the web of life?  Will you join us in conversations that move us in a constructive direction?